Tox21, an intergovernmental toxicology community, is exploring the use of high-throughput in vitro tests and alternative model organisms to screen the toxicity of large numbers of chemicals to prioritize toxicity testing in traditional toxicological models. As part of this effort, the U.S. EPA compiled collections of chemicals known as the ToxCast Phase I and II libraries. The Phase I library contains 309 unique compounds, mainly pesticide active ingredients with well-characterized mammalian toxicities. The Phase II library contains 676 unique chemicals including failed drugs, food additives, and industrial products. Toxicity assays in 96-well plate format have been developed for C. elegans including reproduction, growth, and feeding using the COPAS Biosort. In the growth assay, the change in size from L1 - L4 is measured after 48-h exposures. The Phase I library was screened for effects on growth and development at seven concentrations. Chemical activity was evaluated using half-maximal effective concentrations (EC50s) and lowest effective concentrations (LECs). A total of 67 EC50s and 173 LECs were estimated. In order to rank chemical potency of all compounds, an activity score was devised based on decreased size at each concentration and steepness of negative concentration-response trends. Activity scores of 0 were classified as inactive, 1 as inconclusive, and 2 - 9 as active with chemical potencies increasing with score values. Overall, 64% of the chemicals were classified as active. The 67 EC50s were negatively related to activity scores, as a low EC50 and a high activity score both indicated toxicity. Furthermore, these same compounds had activity scores of at least 3, suggesting that the activity score is a good indicator of chemical potency. The most active compounds affected growth at all concentrations. These were primarily insecticides including several avermectins, compounds designed to control parasitic nematodes. Activity scores were also compared to mammalian endpoints including chronic, sub-chronic, cancer, developmental and reproductive toxicity in mice, rats, and rabbits. In general, the most active chemicals in the C. elegan. 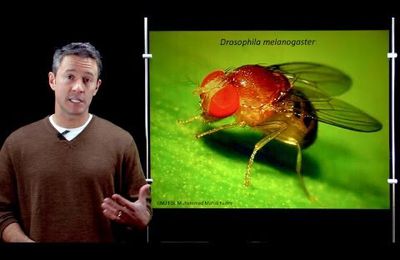